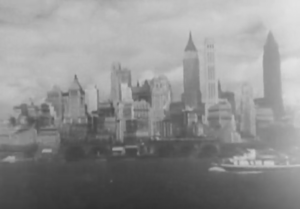 Two hundred New Yorkers gathered at the Center for Architecture to learn about a new initiative to familiarize a new generation to the New Deal’s vast imprint on the nation’s largest city.

The presentations can be viewed on our website, as well as a WPA film, “A Better New York City,” produced in 1937. See it here.