In their 2013 Infrastructure Report Card, the American Society of Civil Engineers gives America’s public parks and recreational infrastructure a “C-“, writing: “The popularity of parks and outdoor recreation areas in the United States continues to grow, with over 140 million Americans making use of these facilities a part of their daily lives. These activities contribute $646 billion to the nation’s economy, supporting 6.1 million jobs. Yet states and localities struggle to provide these benefits for parks amid flat and declining budgets, reporting an estimated $18.5 billion in unmet needs in 2011. The federal government is also facing a serious challenge as well since the National Park Service estimates its maintenance backlog at approximately $11 billion.” 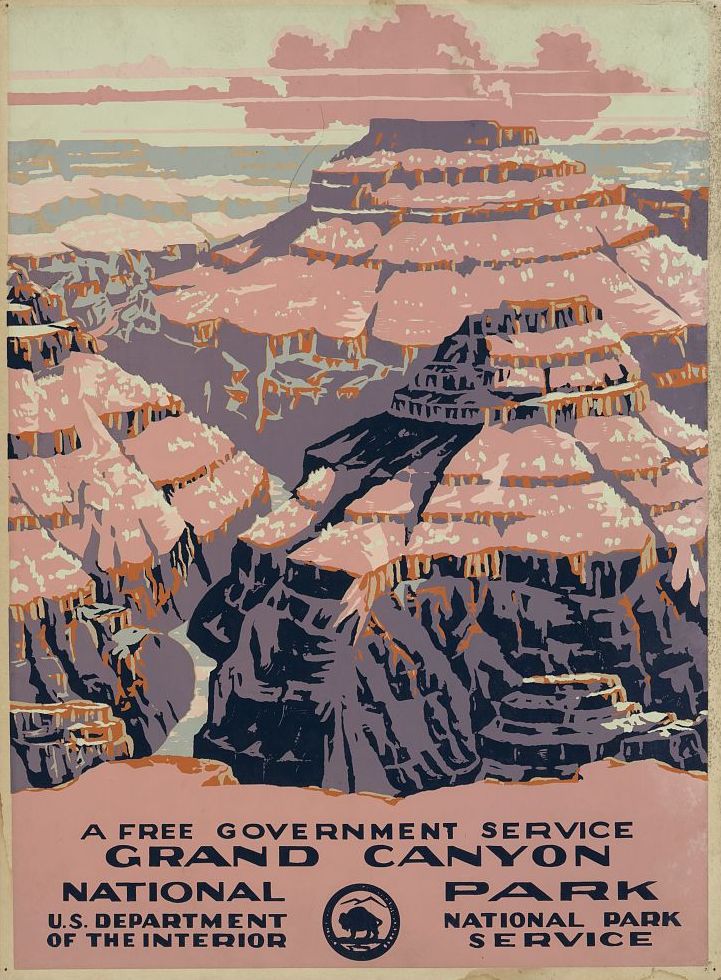 (WPA poster, courtesy of the Library of Congress Prints and Photographs Division)

During the Great Depression, New Deal work programs hired the unemployed to create, develop, and improve public parks. For example, the CCC worked on about 800 parks across the country, and planted about 3 BILLION trees. The WPA created or improved 8,000 parks, 18,000 playgrounds & athletic fields, and 2,000 public pools. Millions of Americans still use these parks today, and thousands of businesses benefit from the vacation and tourism dollars. Yet, very few people know of the CCC’s role in the creation and development of these parks, and still fewer know of the WPA’s involvement. Meanwhile, many politicians and political commentators say a public works program for the long-term unemployed would be “wasteful.”

In September of 2012, Senate Republicans blocked a bill that would have created a new CCC-type program for unemployed veterans…. READ the full post, with more images, here on Brent’s blog.