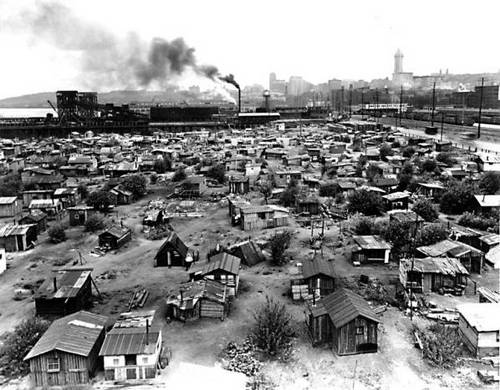 Imagine the U.S. without the New Deal, and you’ll get something like the 19th century. Not the Hollywood version, mind you, but a nation of often impassable country roads and unpaved city streets; fetid rivers, lakes, and beaches reeking of sewage and industrial waste; epidemics of cholera, typhoid, polio, and other scourges; massive illiteracy; indigent old age; few urban, state, or national parks; vastly reduced productivity, urban riots, and frequent bank failures that periodically wipe out depositors.

Not only is that the actual America of the 1890s, it is what I have come to realize Franklin Roosevelt’s Administration pole vaulted the nation out of in just a few years in extricating the U.S. from the Great Depression.

Two recent discoveries brought this to mind. One was a three-volume scrapbook I discovered at the California State Library. Apparently compiled by a clipping service for a WPA administrator in the San Joaquin Valley, the scrapbooks revealed that in less than a decade nearly every city and town in the Valley got schools, parks, clinics, city halls, air strips, sewage systems, sidewalks, clean water, fire stations, post offices, farm-to-market roads, and irrigation canals that immensely increased farm productivity. Once the dedication ceremonies were over, however, these public works were taken for granted and their origin forgotten.

The other major discovery was brought to my attention by University of California undergraduate Research Assistant Michael Metz—bound engineering journals such as Civil Engineering and Western Construction News that document a heroic period of building during the 1930s. Federally sponsored highways, airports, tunnels, levees, storm drains, and spectacular dams and bridges in short order revolutionized the American way of life, making it synonymous with modernity. 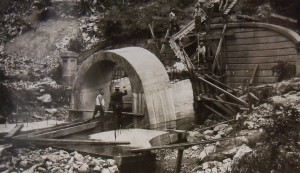 Gratitude oozes from those magazines as federal agencies such as the WPA, PWA, CWA, and CCC kick started the construction industry back to health, creating companies like Kaiser and Bechtel. New Deal sewage systems and public hospitals almost immediately improved the health of virtually all Americans.

Many people today are unaware that they use federal infrastructure every day and insist they want less government in their lives. They are getting their wish as much of the cultural and physical infrastructure the New Deal created is degrading for lack of maintenance and encroachment.

Much of the New Deal’s legacy has been forgotten or repressed by those ideologically committed to shrinking the federal government. The failure to maintain, let alone update, the infrastructure we inherited led the American Society of Civil Engineers to give a “D” grade to U.S. infrastructure, including dams. 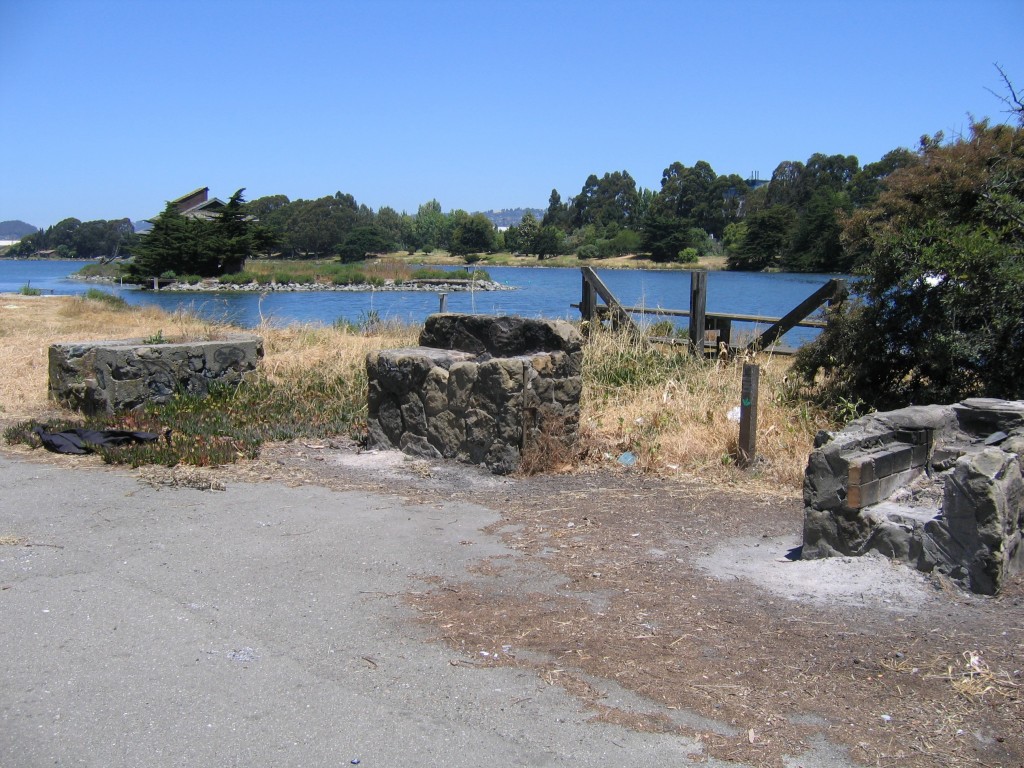 Berkeley’s Aquatic Park on San Francisco Bay was dedicated 75 years ago before a crowd of more than 5,000. Hundreds of trees were planted and civic leaders foretold of more recreation facilities, including a municipal swimming pool.

In a congratulatory telegram, federal WPA administrator Harry Hopkins wrote, “It is my hope that the new waterfront area will prove as useful and enjoyable to your own citizens as its beauty will be appreciated by all visitors to California.” Instead, Aquatic Park has been badly neglected, and developers are pushing to hem it in with industrial high rises.

The Living New Deal is creating the first electronic archive of New Deal sites around the country. Like a photographic image emerging in a darkroom, our emerging map reveals a picture of what government at its most enlightened accomplished for all of its citizens, not just a few. We need to be reminded of that if we are to stop a return to the 19th century from the 21st.