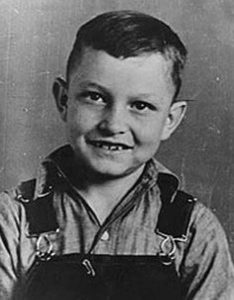 Young Johnny Cash
Cash moved to the colony in 1934 with his parents and five siblings.

“Will we get cold and hungry, will times be very bad? When we’re needin’ bread and meat, Where we gonna get it, Dad?”

Upon hearing Johnny Cash sing those lyrics, one wouldn’t typically think of Franklin Delano Roosevelt, the New Deal, or any of the myriad programs that arose from the FDR administration’s response to the Great Depression. In fact, that’s not what the song is about. But it could easily describe how Cash and his family felt as they faced poverty and hunger when he was a young boy. Fortunately, the Cashes made it through those hard times thanks to a New Deal agricultural program that helped resettle destitute farmers. 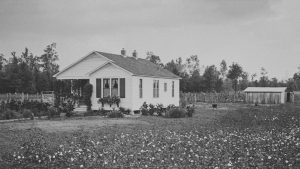 Dyess Housing
Five hundred homes were constructed at the colony. They included acreage, a barn, a chicken coop, and a mule.
Photo Credit: Courtesy Library of Congress

The name of the experimental program was far from glamourous: Colonization Project #1, later called the Dyess Colony after William Dyess, an Arkansas FERA administrator. But for the Cashes, it had to be dazzling. Indeed, Johnny Cash called it “the promised land” in his autobiography. Arriving in 1935 when the future country music star was just three years old, they were among the five hundred families who were resettled on wild but fertile land that needed tending.

All were given a plot of land complete with a barn, chicken house, shed, a five-room house, and enough money to begin the arduous task of clearing the land and growing crops. A community center, administration building, schools, a theatre, and other buildings rounded out the small community. 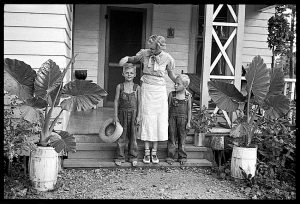 Porch at Dyess Colony, 1940
The Colony was named for William Reynolds Dyess, the first Arkansas administrator of the Federal Emergency Relief Administration (FERA) and the Federal Works Progress Administration (WPA) after he was killed in a plane crash in 1936.
Photo Credit: Courtesy of Library of Congress

While Johnny Cash’s father and other farmers remained independent and were expected to pay the government back, they also participated in cooperative efforts to buy supplies and sell crops.

After visiting the town in 1936, Eleanor Roosevelt wrote about it in her column, My Day. She watched children scurry about, and looked into the faces of these pioneers, saying, “I decided they had character and courage to make good when an opportunity offered and at last that opportunity seemed to be within their reach.” Perhaps little “J.R.” Cash was among those scurrying children. 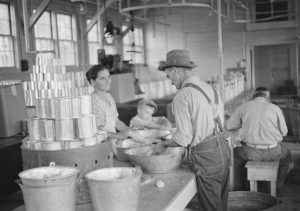 It was, like many such programs, imperfect, particularly in its treatment of African Americans, who were excluded from joining the whites-only Colony. Dyess, after lying in disrepair for many years, is now an historic site, with the Greek columned administration center, the singer’s boyhood home on “Road 3,” and other buildings restored. This year, both the singer and the New Deal were honored at the Johnny Cash Heritage Festival,  held in October on the grounds of the Dyess Colony. Rosanne Cash and Kris Kristofferson were among the singers performing in the field next to Cash’s restored house. 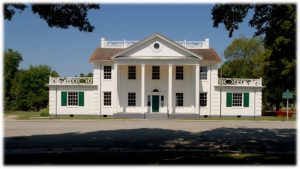 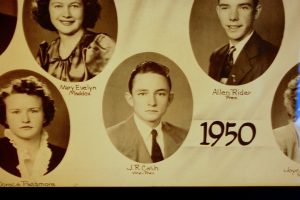 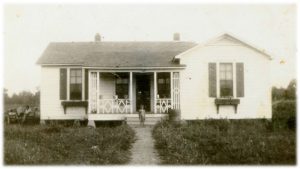 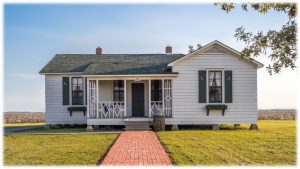 One comment on “Where We Gonna Get It, Dad? Johnny Cash at the Dyess Colony”