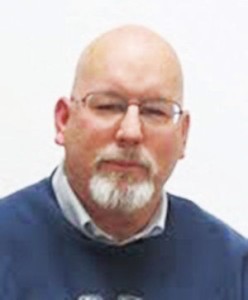 On October 18, 2016, Gene Fischer passed away at the age of 64. While we knew him as our Nebraska-based Research Associate, the Iowa-born teacher and columnist was a beloved member of his adopted town of Fairmount. As a long-time special education teacher in the York County Public Schools, he won the Golden Apple Award for Teacher of the Year for 2012-13. Gene was a regular contributor to the York News-Times, where his thoughtful editorials on politics, the media, and social justice, all inflected with an understanding of historical context, infused a bit of liberal rabble-rousing into his conservative community. Take a look at his writing.  Gene was compelled to explore how we still grapple with the legacy of the past and how we can learn from it. The York News-Times has a lengthy obituary. We’ll miss you, Gene.