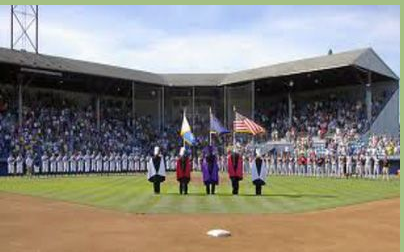 Friends of Civic Stadium in Eugene, Oregon, are trying to raise $1.2 million by mid-January to do repair and maintenance on the stadium, built 75 years ago by the WPA. By raising the money, they hope to persuade the Eugene City Council to purchase the stadium from its current owner, The Eugene School District.
The School District was accepting bids on the property until Dec 3rd, but has extended the deadline into January. Two bidders, Fred Meyer (the store chain) and the YMCA want to tear the stadium down. They hope the city will submit a competing bid in order to maintain the stadium as a venue for soccer and various other events.
So far, they’ve raised $180,000 in just two weeks. Below are two links to help explain our story. The first is a video on The Archaeology Channel, and the Civic Stadium story is the first segment.
https://www.archaeologychannel.org/news-from-tac/video-news-from-tac/1611-video-news-from-tac-nov-2013
Here is a link to the Friends of Civic Stadium website, which provides directions on how people can download a form to donate to our fundraiser.
www.friendsofcivicstadium.org
We’re also on Facebook at Friends of Civic Stadium.
Report sent by Dana Magliari, Eugene <[email protected]>
Richard A Walker is the director of the Living New Deal.
Email | View all posts by Richard A Walker →