Does a Shelf of Books Qualify as Public Works? 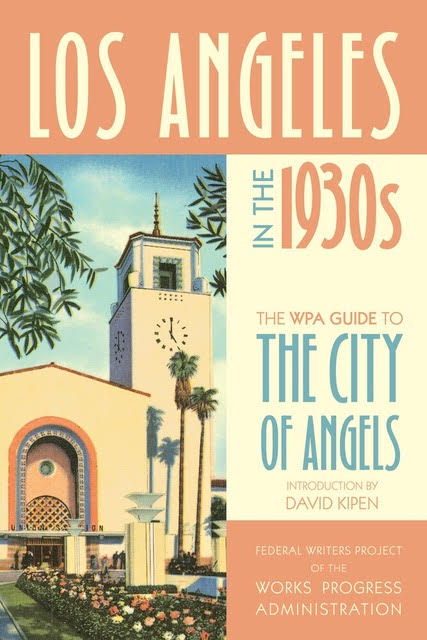 My favorite WPA project isn’t a road or a bridge or even a school. It’s not a library, but you’re getting warmer. The Santa Monica Main Library has a gorgeous Stanton Macdonald-Wright mural that spent 40 years in storage before somebody remembered and restored it—but even that’s not my favorite. No, only if you visit the Santa Monica Library—or any good public library in the country—can you find jewels from the best WPA project of them all: the Federal Writers’ Project, which created American Guides to all 48 states. In addition to the states, forty cities around the country had guides, too, many available in inexpensive reprints.

The Federal Writers’ Project is currently, finally, up for renewal in Congress. Congressman Ted Lieu’s 21st-Century Federal Writers’ Project Act (H.R. 3054) would allocate $60 million to create 900 to a thousand jobs for writers, editors, photographers, web developers, librarians, teachers and other gifted storytellers. (If you agree, please contact your member of Congress and invite them to co-sponsor HR 3054.)

But does a shelf of books qualify as public works, let alone infrastructure? As far as I’m concerned, public works are anything that will still be useful in ninety years. By that definition, the WPA and all its projects not only meet that criterion—they’re still paying Americans back to this day.
—David Kipen
David narrates the documentary, “A New Deal for Los Angeles,” which recently premiered on the PBS affiliate, KCET. WATCH (50 minutes)
Send us a first-person story of 100 (or so) words describing the site and why you chose it. Submissions will appear in future issues of The Fireside! Be sure to include a photo (with photo credit). Send to [email protected]. Thanks!
Former book critic for the San Francisco Chronicle David Kipen served as Director of Literature for the National Endowment of the Arts under both Democratic and Republican Administrations. He teaches at UCLA and runs Libros Schmibros, the nonprofit bilingual storefront lending library he founded ten years ago. His books include Dear Los Angeles: The City in Diaries and Letters, 1542-2018 (Modern Library) and introductions to the WPA Guides to California, Los Angeles, San Francisco and San Diego (UC Press). His work has appeared in the New York Times, Alta and the L.A. Times, where his May 20, 2020, feature helped gin up interest in reinventing the Federal Writers’ Project: . He’s also working on the California Creative Workforce Act, SB 628. He can be reached at [email protected].
Email | View all posts by David Kipen →