Please join us for a Living New Deal NYC Zoom webinar that will shed light on far-right ideology and activity during the 1930s. Picture an America in which an angry crowd of radical veterans surround the Capitol and are dispersed only with tear gas and gunfire.  An America in which a disgruntled Marine general is approached about leading a coup to overturn an election; in which right-wing fanatics hoard weapons, set up paramilitary and youth indoctrination camps around the country, and encourage children to turn in undocumented immigrants. An America in which a ranting demagogue sends his followers into the streets to assault Jews and spread stories of foreign subversion. Where a clownish, would-be president plots to grab the White House by forming his own third party and splitting the vote.  Where the most outlandish conspiracy theories and the wildest rumors are spread everywhere about the president, his wife and children, and his most trusted advisors. No, we’re not talking about America today but America in the 1930s, when the Bonus Army marched on Washington, the fascist “Silver Shirts” set up a Manson-like compound outside Los Angeles, millions tuned in to hear Father Coughlin spread his anti-Semitic poison over the airwaves, and American Nazis set up such a large youth camp on Long Island that the Long Island Railroad had to run special trains to it from Grand Central Station every weekend. Learn about just how extremist America could be, back when Donald Trump was still just a twinkle in his father’s eye—and Fred Christ Trump was still just a home-building Klansman in Queens. Hear the sort-of-shocking, sort-of-reassuring story of how the country held on during the ultimate stress test of the Great Depression and the approach to World War II. It’s the story of how we saved democracy before—and how we might do it again. 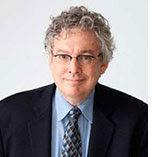 Featured speaker Kevin Baker is a novelist, historian, and journalist. He has recently completed a book on the history of New York City baseball and is currently working on a cultural and political history of the United States between the wars, for which he received a Guggenheim Fellowship in 2017. He has written for many major periodicals and is a contributing editor to Harper’s Magazine.

3 comments on “Welcome to our Webinar Series: “The Next New Deal””