If you have not received a Zoom link by the day before the event, please contact us at [email protected]

This year alone, wildfires have burned over 4 million acres throughout California ravaging land, natural habitats and thousands of homes and communities. Two experts guide this conversation about past and present policies, practices and funding that can protect our forests and our lives.

Gray Brechin, scholar in residence at UC Berkeley will talk about the historic importance of the Ponderosa Way firebreak. This massive New Deal infrastructure project spanned 800 miles along the western slope of the Sierra Nevada from the Cascade Mountains down to the Kern River in Bakersfield and employed thousands during the Great Depression. Overgrown and neglected for decades, could it be revitalized today for good use? Could it have saved the town of Paradise from total destruction?

Fire historian and author Stephen Pyne offers his first hand experience from years of wildland fire-fighting in the Grand Canyon with the Civilian Conservation Corps. One of the nation’s authorities, he has written extensively about fires in the US and around the world. He will offer his critical views on prevention, preservation and best practices as we face climate change and more erratic weather and fire patterns. 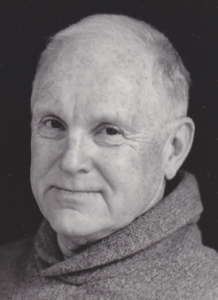 Gray Brechin is the founder of the Living New Deal which promotes the history, sites and projects of the New Deal and their relevance today. Gray regularly lectures around the country and is President of the Living New Deal non-profit board of directors. He is also former Vice-President of the National New Deal Preservation Association. He is an historical geographer and author of Imperial San Francisco: Urban Power, Earthly Ruin, considered a classic of urban studies and Farewell, Promised Land: Waking from the California Dream about the Golden State’s declining environmental and social health. 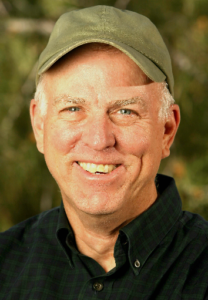 Stephen J. Pyne is an emeritus professor at Arizona State University. Best known for his research into the history of fire his publications include Between Two Fires: A Fire History of Contemporary America, California: A Fire Survey and To the Last Smoke: An Anthology to name a few. He has also written a suite of studies that orbit around the concept of three ages of discovery: The Ice: A Journey to Antarctica; How the Canyon Became Grand; and Voyager: Exploration, Space, and the Third Great Age of Discovery. The Great Ages of Discovery consolidates and amplifies this scholarship into a single volume.