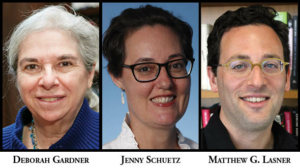 Roosevelt House
together with
Living New Deal –NYC Chapter
present
“ILL HOUSED:” HOUSING POLICY FOR THE NEW DEAL AND TODAY
Monday, May 10
Live program begins at 6 PM EDT
Join via Zoom
Those who RSVP will receive a reminder to join shortly before the program begins.

Roosevelt House is pleased to present, live on Zoom, a panel discussion contrasting New Deal housing projects and policy with the proposals that housing advocates are advancing today.
The panel will feature experts on both housing history and current initiatives. This program is a co-presentation with the New York City chapter of Living New Deal, a national organization dedicated to documenting and commemorating the legacy of FDR’s domestic achievements, and the powerful role that government played in bettering American lives.
Eighty-five years ago, as a result of the Great Depression, America suffered an acute housing crisis. How did the New Deal respond and what lessons can we take away from its successes and failures to help address the current housing crisis? For low, moderate, and middle-income families, the current crisis had its origins in the 2008 recession and was disastrously exacerbated by the pandemic, which brought with it increased evictions and homelessness. What are the proposals being put forth to address immediate and long-term housing needs, and what chance do they have of being enacted? How do those proposals address financial as well as racial inequities in the housing market?
Our speakers will provide an overview of the New Deal’s innovative housing programs for urban, suburban, rural, and migrant families; and then examine current plans for financing and building housing, as well as ensuring the equitable distribution of housing assets.
PANELISTS
Matthew Gordon Lasner, moderator, is associate professor in the Department of Urban Policy and Planning at Hunter College and a founding editor of the online journal Platform. His writing on the culture, politics, and design of 20th-century housing has appeared in the New York Times, The Nation, AD, and Places. He is author of the award-winning High Life: Condo Living in the Suburban Century, a history of co-owned multifamily housing in the U.S. from the Civil War through the 1980s; and co-editor of Affordable Housing in New York: The People, Places, and Policies That Transformed a City. Recent articles include “Swingsites for Singles: New Housing for New Households in Mid-century America,” “Segregation by Design: Race, Architecture, and the Enclosure of the Atlanta Apartment,” and the forthcoming “Retirement Planning: Charles Warren Callister, the Neighborhood Unit, and the Architecture of Community at Rossmoor and Heritage Village.” He next book will be The Communitarians: Bay Area Architects and the Quest to Rehouse America.
Dr. Jenny Schuetz is a Senior Fellow at the Brookings Metropolitan Policy Program and a widely known expert in urban economics and housing policy. Schuetz has written numerous peer-reviewed journal articles on land use regulation, housing prices, urban amenities, and neighborhood change. Her work has appeared in the New York Times, Wall Street Journal, Washington Post, the PBS NewsHour, The Indicator podcast, Vox, and Slate. Topics of recent research include: how statewide zoning reform could improve housing affordability; local strategies to help renters during the COVID-19 crisis; rethinking homeownership incentives to narrow the racial wealth gap; and how housing costs exacerbate economic and racial segregation. Before joining Brookings, Dr. Schuetz served as a principal economist at the Board of Governors of the Federal Reserve System. Dr. Schuetz was also an assistant professor at the University of Southern California and a post-doctoral fellow at NYU Furman. She is a nonresident senior fellow at George Washington University’s Center for Washington Area Studies and teaches in Georgetown’s urban planning program.
Dr. Deborah Gardner is Historian & Curator for Hunter College’s Roosevelt House Public Policy Institute, where she has produced numerous exhibitions, including The New York Deal in New York City, 1933-43 and A Lens on FDR’s New Deal: Photographs by Arthur Rothstein, 1935-1945. She previously served on the New York City Landmarks Preservation Commission and is a member of several preservation groups, including the Living New Deal. Dr. Gardner has written about the history of the Roosevelts in New York, as well as the history of low-income housing in New York City, with essays in Prospects, The Journal of Urban History, and Vacant Lots. In addition, she has taught courses in urban planning history and authored articles and books in the fields of architectural, legal, business, women’s, and philanthropic history.