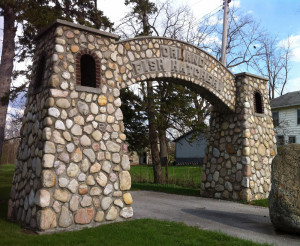 “One of Franklin D. Roosevelt’s most controversial New Deal programs, the Works Progress Administration was established ‘not for the sole purpose of putting men back to work but primarily for the rebuilding of America.’

“To show how well WPA worked, you couldn’t pick a better state than Indiana! New Deal advocate Paul D. McNutt was inaugurated more than two months before FDR took office, and the governor restructured state government to receive federal benefits most efficiently. The scope of the WPA was tremendous. Its workers built or improved roads, sidewalks, waterworks, sewer systems, streetlights, post offices, school buildings, police posts, city halls, airports, and cemeteries–and oh so much more! Public historian Glory-June Greiff will talk about the New Deal and its extensive living legacy throughout the state in a free program at the South Whitley Community Public Library, 201 East Front Street on March 17 at 6pm.” See the library’s website for more details.