Stephen Seufert, a recent college graduate and blogger in Pennsylvania, has sent us this excellent op-ed piece he recently published in a local paper, The Bucks County Courier-Times.  Thank you, Stephen, and we hope that more young Americans come to think like you about the need for positive government action to invest in this country and its host of unemployed people left over from the Great Recession.

THE COST OF DOING NOTHING 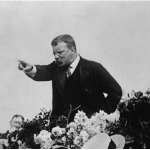 The October jobs report by the Labor Department shows unemployment rising to 7.3 percent. However, that doesn’t account for those who stopped looking for work or are underemployed. Not factored in unemployment numbers is the over 300,000 people who stopped looking for work in the last month alone. Add to that the Labor Department’s “alternative measures of labor underutilization,” which stands at 13.6 percent and you find a crippled workforce.

According to numbers from the Department of Labor, 8.7 million jobs were lost during the Great Recession, which lasted from February 2008 to February 2010. Since 2010, about 7.2 million jobs have been added. Unfortunately, many of the jobs created were seasonal or part time.

Closing the shortfall in jobs will take years, if not decades, to reach pre-recession levels, and even then economic growth will be weak. This much is clear: Maintaining the status quo is essentially the same as doing nothing.

In order to combat sluggish economic growth, there needs to be a coordinated jobs bill that focuses on certain sectors, such as construction and engineering. There are over 697,000 construction workers currently unemployed. The prevailing mindset is there’s not enough work to go around. That simply isn’t true. The real reason for unemployment is a void of vision and foresight by policymakers to properly utilize those construction workers. Few in Washington have the courage of conviction to consistently promote a national jobs bill geared towards infrastructure.

A centralized, coordinated plan of action must be formulated when it comes to infrastructure and job creation. In my view, bringing back FDR’s Works Progress Administration would restore confidence in the American worker, rebuild aging infrastructure, and propel the economy into sustained growth and prosperity.

The WPA of the New Deal improved infrastructure, assisted in disaster relief, and provided valuable logistical experience to military officers before entry into World War II.

Under the Constitution, the government has a responsibility to provide for the common defense and general welfare of the nation. The common defense is fairly straightforward. Unfortunately, over the last few decades, common defense has meant the United States intervenes militarily overseas rather than protecting citizens.

Just look at Iraq and Afghanistan. These countries remain hopelessly unstable and violent despite massive financial, material and physical investments by the United States.

Conservative estimates for the total cost of the wars in Iraq and Afghanistan are around $1.4 trillion. However, that figure doesn’t include health care costs for veterans and interest on war debt. The American Society of Civil Engineers estimates it will require $3.6 trillion in funds by 2020 to keep up with the nation’s aging infrastructure. Resources used to wage war would’ve gone a long way towards meeting that goal.

In short, the general welfare has been neglected and the common defense hijacked in order to benefit the few instead of the many. New policies must be advocated that restores a measure of balance and fairness.

This much is clear, the cost of doing nothing will only add to slow economic growth and cause financial markets to continue to doubt the vitality and strength of the United States. Furthermore, job creation must take priority over balancing the budget. Spending cuts equal job loss and hiring freezes; not just in the public sector but in the private sector. The government shutdown made that truth abundantly clear. Only when the economy is healthy should there be a focus on balancing the budget.

Investing in the American people is the surest bet moving forward. The national discussion shouldn’t be about how much the nation spends, but rather if that spending promotes the common defense and general welfare of the nation. In the final analysis, doing nothing is an admission of failed, incompetent leadership.

Far too many policymakers are afraid to do the wrong thing and end up doing nothing instead. What ensues is government gridlock and delay, which in turn depresses economic conditions for the middle class and poor. That being said, when will the nation stand up and demand decisive action?

A pdf of this piece can be downloaded here: The Cost of Doing Nothing-Seufert