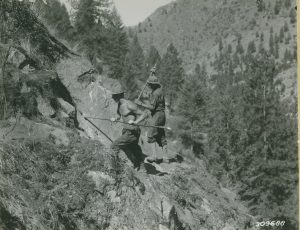 Idaho had the most CCC enrollees per capita and the second greatest number of enrollees of any state in the nation, facts that drew historian Patricia Hart of the University of Idaho and me to study the impact the CCC had on the state.

Between 1933 and 1942, more than 80,000 men were enrolled in the CCC in Idaho, serving in 423 companies located in 270 camps. The CCC men worked with national and state forests and parks, soil conservation agencies, national grazing programs, and federal reclamation projects. Enrollees were sent to every part of the state, fighting fires, building roads, stringing the first telephone lines, constructing ranger stations and ski areas, planting trees, riprapping irrigation canals, and taking on blister rust, a fungus that threatened Idaho’s forests. 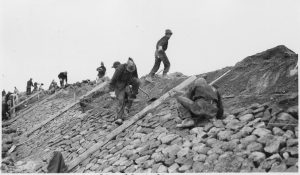 The economic impact on communities and the individual enrollees was tremendous. Many rural towns managed to survive the Depression by selling food and goods to the CCC camps and by the CCC employing local men.

The federal government’s aggressive promotion of the Corps offered a wealth of documentation for our research. Newspapers of the day, large and small, carried national stories about the C’s and wrote their own. Many enrollees kept diaries and wrote letters home. Some had small, lightweight Kodak cameras and recorded their experiences. 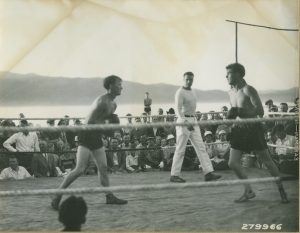 Our three years of research brought together thousands of items from archives, museums, libraries, and personal collections— articles, books, government reports, camp magazines, manuscripts, photographs, films, letters, and oral histories—that are being scanned for an open-access, digital portal at the University of Idaho Library. The research revealed that many of the public policy discussions that challenge us today—wilderness versus development; forest and grazing management; land-use planning— mirror the challenges of the 1930s.

The collection, “CCC in Idaho” will be online late this summer. 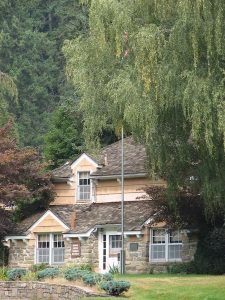 Built by the CCC
Fenn Ranger Station on the Selway River
Photo Credit: Courtesy of the Nez Perce-Clearwater National Forest

Ivar Nelson is the former director of the University of Idaho Press. He and Patricia Hart, a professor and interim director of the School of Journalism and Mass Media at the University of Idaho, are collaborating on a book about the impact of the CCC. If you have information or materials about the CCC in Idaho, please contact, [email protected]
Email | View all posts by Ivar Nelson →