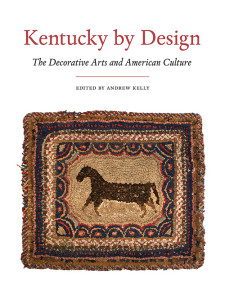 What does a kitchen table have to do with American exceptionalism? Between 1936 and 1942, the Federal Art Project (FAP) sent four hundred artists into 36 states to paint the objects comprising everyday life in a large, diverse nation. They returned with 18,257 watercolors of furniture, clothing, ceramics, quilts, and more, slated for reproduction in the Index of American Design, a collection illustrating uniquely American craft and utility. The Index was to be distributed to libraries and schools as an object lesson in patriotism. But the Index was never published, as funds were diverted to the war effort.

Focusing on one state, Kentucky By Design: The Decorative Arts and American Culture is the first attempt to recover any part of this abandoned effort. Most of the handmade objects showcased in this large format book appear to have been spun, hewn, stitched, or constructed in the mid-nineteenth century, but some, like a tin lantern, hearken back to the late eighteenth-century. 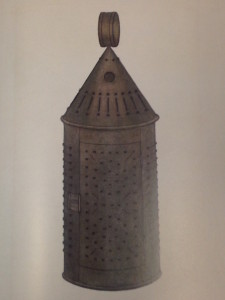 Kentucky by Design
A tin lantern.

Edited by Andrew Kelly, a Helena Rubinstein Fellow of the Whitney Museum of American Art, Kentucky By Design displays and contextualizes these artworks and their makers. We get a brief history of the envisioned New Deal project; introductory essays on regionalism, folk art, and the influence of Shaker crafts on modernist aesthetics; beautiful lithographs of the watercolors; and photographs of the objects and the people who used them. Scholarly contributors provide aesthetic details and social context, and there are contemporaneous interviews with FAP officials pivotal to the project.

Kentucky’s collection of the art of the ordinary is exemplar of a national project that was dedicated to building national pride in the dignity of labor and American craftsmanship—although African Americans are underrepresented, as they were in the Index in general. As such, Kentucky By Design clues us in to both the spirit of the era and its shadow.

Gabriel Milner is the project manager for the Living New Deal Project and a cultural historian of the United States.