Today it may be caricatured as Berkzerkely, but in the 1930s Berkeley voted Republican. Yet, like other small cities hard hit by the Depression, Berkeley benefitted immensely from the New Deal—in the number of jobs created and the infrastructure those workers left to future generations. 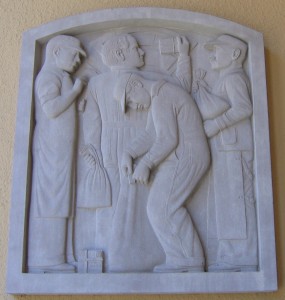 Smith describes such projects as Tilden Park and its Botanical Garden and the amphitheaters, hiking trails, golf courses, and tennis courts meant to make recreation available to everyone. He details the distinctive design of New Deal buildings—many embellished with murals and relief sculptures; and points to government’s emphasis on education, made manifest in beautiful schools and libraries.

Smith laments the loss of historic buildings like the Berkeley Hall of Justice, completed in 1939 with city and federal funds. The building was demolished in 2002 to make way for a parking lot. The Downtown Post Office though itself not a New Deal building, houses New Deal artworks. Like many of the nation’s post offices, Berkeley’s is up for sale—a trend that Smith points to as privatizing what the American people built and paid for. 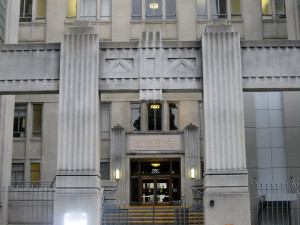 While the legacy of the New Deal is often unrecognized, in Berkeley, as elsewhere, there’s growing appreciation for New Deal art and architecture, and the public spirit it embodies. The city recently restored the Mediterranean-style North Branch Library built in 1936; the Berkeley Rose Garden, built in 1937, was commemorated on its 75th birthday; a long-shuttered printing plant built by the Public Works Administration, will soon reopen as the UC Art Museum and Film Archive. 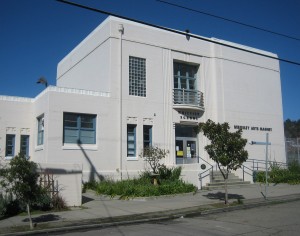 Those who know Berkeley will be stunned by how much the New Deal shaped the city. But more than a guide to just one place, Smith’s book is an invitation at large to open our eyes.  We are likely to find the New Deal’s hidden history looming large wherever we live.