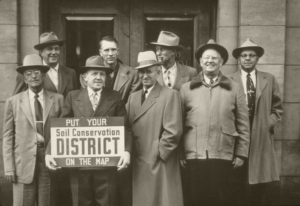 In overcoming the Great Depression, the New Deal approached national recovery not only through vast public works for which it is best known, but also through the arts, education, conservation and a social safety net. The New Deal’s ambitions extended to providing housing, schools, museums, concert halls, community centers, parks and playgrounds; restoring depleted forests and soils; supporting musicians, writers and artists; and improving literacy, nutrition, public health and safety. More than eighty years after it began, the New Deal has reemerged in a national conversation about America’s future. A Green New Deal, a Civilian Climate Corps; a New Deal for Writers; for Teachers, for Youth, for Labor, for Higher Education, for Women, for Seniors; for Civil Rights—are among the propositions being put forward. Beyond infrastructure, what might a new New Deal include?