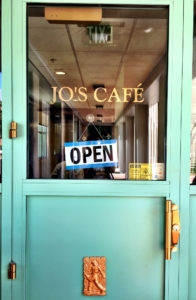 In the 1930s, the WPA constructed civic buildings that still hold a significant place in history. More than 80 years later, many are still in use, but many have fallen into disrepair or are out of compliance with today’s building codes. So it is especially gratifying when a New Deal building is restored and retained as a public asset rather than destroyed or sold to private developers. The Monterey County Courthouse in Salinas, California, is one to celebrate.

Architect Robert Stanton (1900–1983) designed the unique, 3-story International Moderne-style building, which was dedicated upon its completion in 1937. He turned to artist Joseph Jacinto (Jo) Mora (1876–1947), to add decorative elements to the building’s exterior and interior courtyard. With funding from the Federal Art Project, Mora’s bas-relief panels, column caps, and figurative heads of archetypical and historical figures around the building remain a source of civic pride. The courthouse was added to the National Register of Historic Places in 2009. 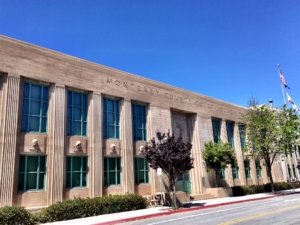 Visionary and artful, architect Stanton incorporated earthquake-resistant features in the courthouse. To keep the wheels of justice turning, Stanton’s plans called for the WPA courthouse to be built around its outgrown predecessor, which continued to operate while the new courthouse was under construction.

The need for additional courtrooms prompted the construction of an adjacent court building in 2010 and the WPA courthouse was vacated. That’s when the asbestos and lead paint were discovered there.

Fortunately, the County chose to update, rather than abandon its historic courthouse. The Board of Supervisors saw fit to allocate the funds needed for the complex renovation. The remediated building opened in 2018. It houses the offices of the District Attorney, Civil Grand Jury, and the County Law Library, with more new offices planned. A snack shop–Jo’s Café—named in honor Jo Mora, is a welcome addition. 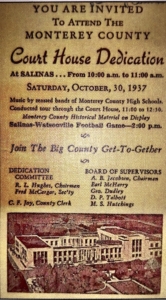 The café displays copies of some of Mora’s artworks. Two large murals, “Serving the Feast” and “Welcome to The Fable” are reproduced in the hallway. Lobby displays illuminate the building’s history and Mora’s contributions.

In June, the Living New Deal and Jo Mora Trust will co-sponsor an exhibit, “Jo Mora: From the Old West to the New Deal,” at San Francisco’s Canessa Gallery. Presentations about Mora’s life and work will take place on opening night, June 7, and closing night, June 27. Sales of the artworks will benefit the two nonprofits. 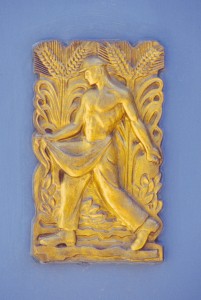 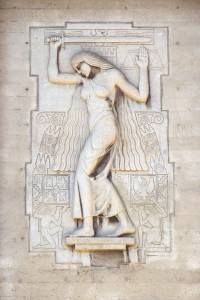 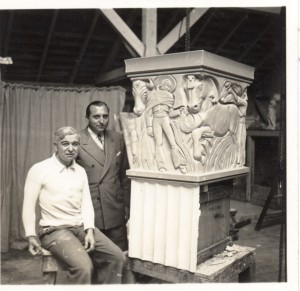 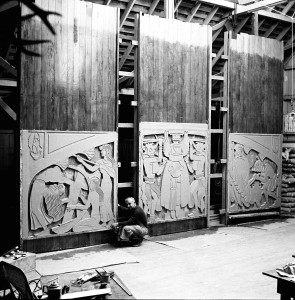 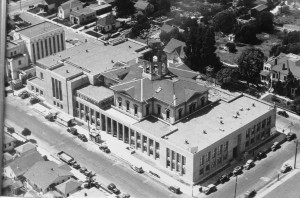