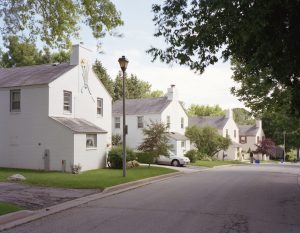 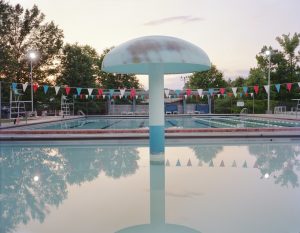 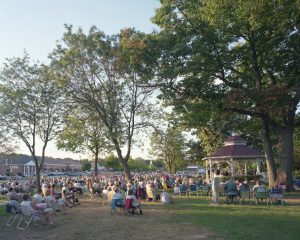 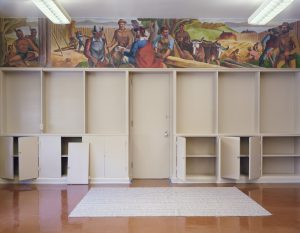 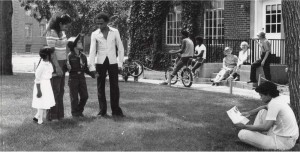 Lathrop Homes
Once marketed as an idyllic, multi-cultural community, this affordable housing is now slated for redevelopment.
Photo Credit: By Jason Roblando

An African-American family pauses in a grassy courtyard, the son wearing a Cub Scout uniform, the daughter dressed as if for Sunday school…Three white elderly residents converse on a front stoop…Young men work on their bicycles…A woman leans against a tree, reading.

The 1982 photograph, staged by the Chicago Housing Authority (CHA) for marketing purposes, epitomizes an urban utopia—a racially diverse population, the co-existence of multiple generations, nature, and a bright future.  Such were the aspirations for Lathrop Homes, one of the first federally funded housing projects. 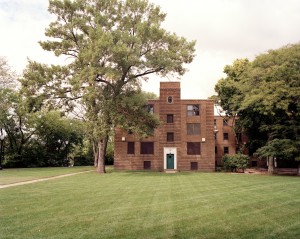 Public Housing
Despite being listed on the National Register of Historic Places, the New Deal-era complex could be torn down.
Photo Credit: Jason Roblando

Built by the Public Works Administration (PWA) in 1938 to provide much needed housing for families hard hit by the Great Depression, Lathrop’s sturdy, red brick buildings have housed generations of working-class families.

The community, situated on the banks of the North Branch of the again-scenic Chicago River, is named for Julia C. Lathrop, an American social reformer of education, social policy, and children’s welfare. A team of all-star architects and planners designed Lathrop Homes, and in 2012 it was listed on the National Register of Historic Places. Despite its impressive credentials, it is unclear whether Lathrop Homes will continue to fulfill its original promise. 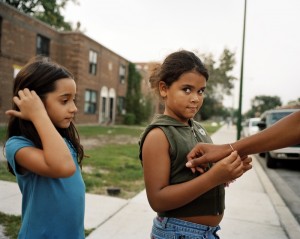 Over the last two decades, gentrification has brought upscale homes and shopping malls nearby, making Lathrop’s neighborhoods prime real estate. Lathrop has been slated for redevelopment under the city’s “Plan for Transformation,” a controversial scheme to restructure public housing into mixed-income townhouses. Developers’ plans for the historic buildings have ranged from demolition to partial rehabilitation, with varying percentages of market rate, public, and affordable units on the table.

Meanwhile, the CHA has been relocating Lathrop residents, assuring them that they can return to Lathrop once the redevelopment is completed. With fewer than two hundred families occupying 925 units, the only “transformation” thus far has been to turn the once-vibrant community into a boarded-up ghost town.

Fortunately, a group of longtime residents, neighbors, and community leaders has been speaking out in opposition to the plan. But the future of Lathrop and the New Deal principles that inspired it is far from certain.