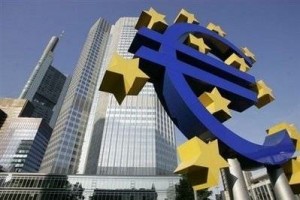 Under the plan, billions in loans from the European Investment Bank would be used for education, on-the-job training, and job placement. Companies that create jobs would qualify for loans and tax credits.

The New Deal for Europe comes amid fears of a lost generation as youth unemployment has topped 50 percent in several countries across Europe. In Spain and Greece, almost two out of three young people are unemployed.  A report by the International Labor Organization crisis refers to them as a “Generation at Risk.”

As in the U.S., a debate has raged in the EU over imposing tough austerity measures versus stimulus programs that would revive struggling economies but add to public deficits.

During the Great Depression unemployed youth had an active and compassionate advocate in the White House. “I live in real terror when I think we may be losing a generation,” Eleanor Roosevelt said in 1934. “We have got to bring these young people into the active life of the community and make them feel that they are necessary.” To that end, the New Deal created programs such as the CCC and National Youth Administration. Europe, as well as the U.S., would do well to study the success of those programs lest they, too, have a lost generation and the calamitous consequences of that loss.

Gray Brechin contributed to this article.