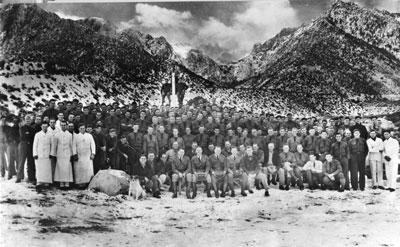 Eleanor Roosevelt feared that without a federal jobs program designed for America’s youth during the Great Depression, the nation would lose an entire generation. The Civilian Conservation Corps saved many men of that generation from despair, crime, and violence while endowing the U.S. with enduring amenities from which we all continue to benefit. A recent report from the U.S. Bureau of Labor Statistics notes that less than 60% of youth between 16 and 24 were working or actively seeking work in July, 2011 — the lowest rate on record. Many have given up and thus constitute a generation lost in our own time. The new CCC proposed by Rep. Kaptur could, like the old one, redeem youth while redressing the nation’s decaying infrastructure and degraded environments. It could also serve the nation in disaster relief and recovery. What worked before would do so again.