On his blog, Brent McKee is chronicling the many ways that a new set of New Deal agencies could support health and welfare of the nation: 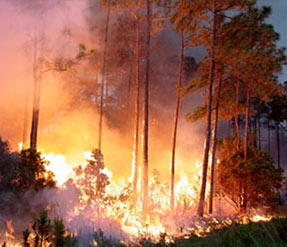 A recent Huffington Post article reports: “A dry winter and early warming has created conditions for a fire season that could begin earlier than usual and burn as much as last year, where states like New Mexico and Oregon posted new records for burned acreage.” Meanwhile, “the U.S. Forest Service alone will hire 500 fewer firefighters and deploy 50 fewer engines this season.”

U.S. Secretary of Agriculture Tom Vilsack said, “We are going to be faced with a difficult fire season. The bottom line is we’re going to do everything we can to be prepared. But folks need to understand … our resources are limited and our budgets are obviously constrained. We will do the best job we possibly can with the resources we have.”

Today, there are 26 million Americans who would like a full-time job but can’t find one (http://www.njfac.org/). Today, the Labor Force Participation Rate is the lowest since 1979. Today, suicide is rising due, in part, to “financial stress.”Today, “Nearly 6.5 million U.S. teens and young adults are neither in school nor in the workforce.”

But instead of connecting the dots of unemployment and record-setting fires (in other words, offering jobs to the unemployed to directly fight fires or fill support roles) we will ignore the unemployed and let our natural areas burn.

Welcome to the Reverse New Deal.