A Corps for the Climate 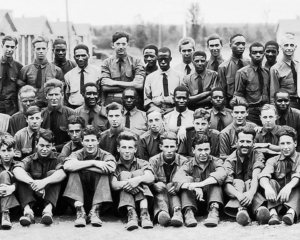 The infrastructure bills now stuck in Congress could reverse the decades-long dismantling of the New Deal. Popular with the public, the legislation includes funding for a new Civilian Conservation Corps—a Civilian Climate Corps. The original CCC, arguably the most popular of the New Deal’s programs, hired millions of young men to plant forests, build parks, fight fires, prevent flooding and restore drought-stricken soils. A new Corps would do this and more to meet the climate crisis and hire those the original CCC excluded—women. A recent opinion poll shows 85 percent of Democrats and more than 60 percent of all voters favor a CCC today.